The jersey is sublimation printed both on the inside and outside. The inside is printed with the Chinese Southern Lion dance cultures while outside the solid color.

The Chinese Southern Lion (traditional Chinese: 南獅;) dance originated from Guangdong. There are three lion types that represent three historical characters in the classic Romance of the Three Kingdoms who were blood oath brothers.

The Liu Bei lion is the eldest of the three brothers and has a yellow based face. He is the image of benevolence. This lion is used by schools with an established Martial art master (Sifu) or organization and is known as the Rui Shi (traditional Chinese: 瑞獅).

The Zhang Fei lion has a black based face. Being the youngest of the three brothers, the image of bravery. This Lion is known as the Dou Shi (traditional Chinese: 鬥獅) because Zhang Fei had a quick temper and loved to fight. This lion is used by clubs that were just starting out or by those wishing to make a challenge. 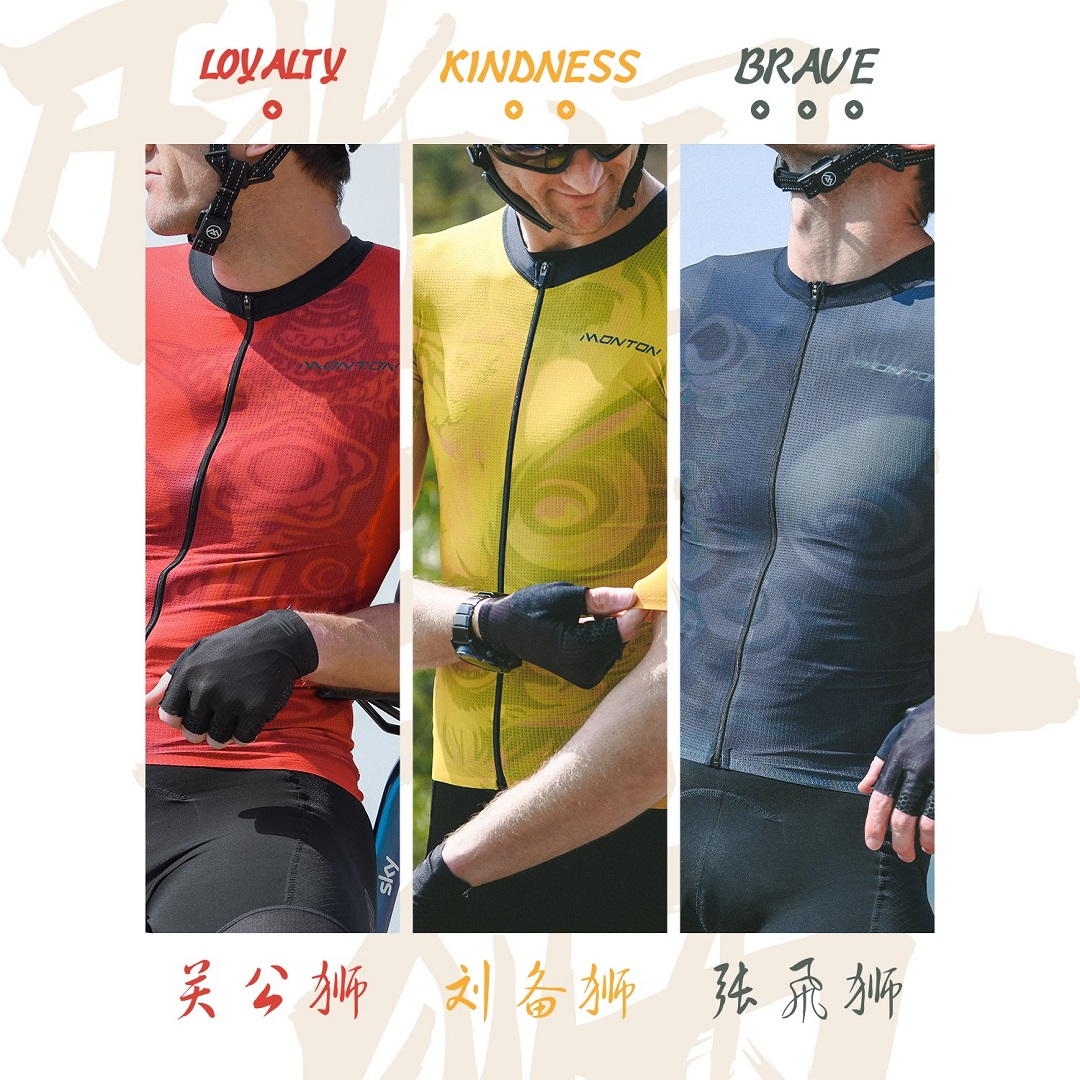 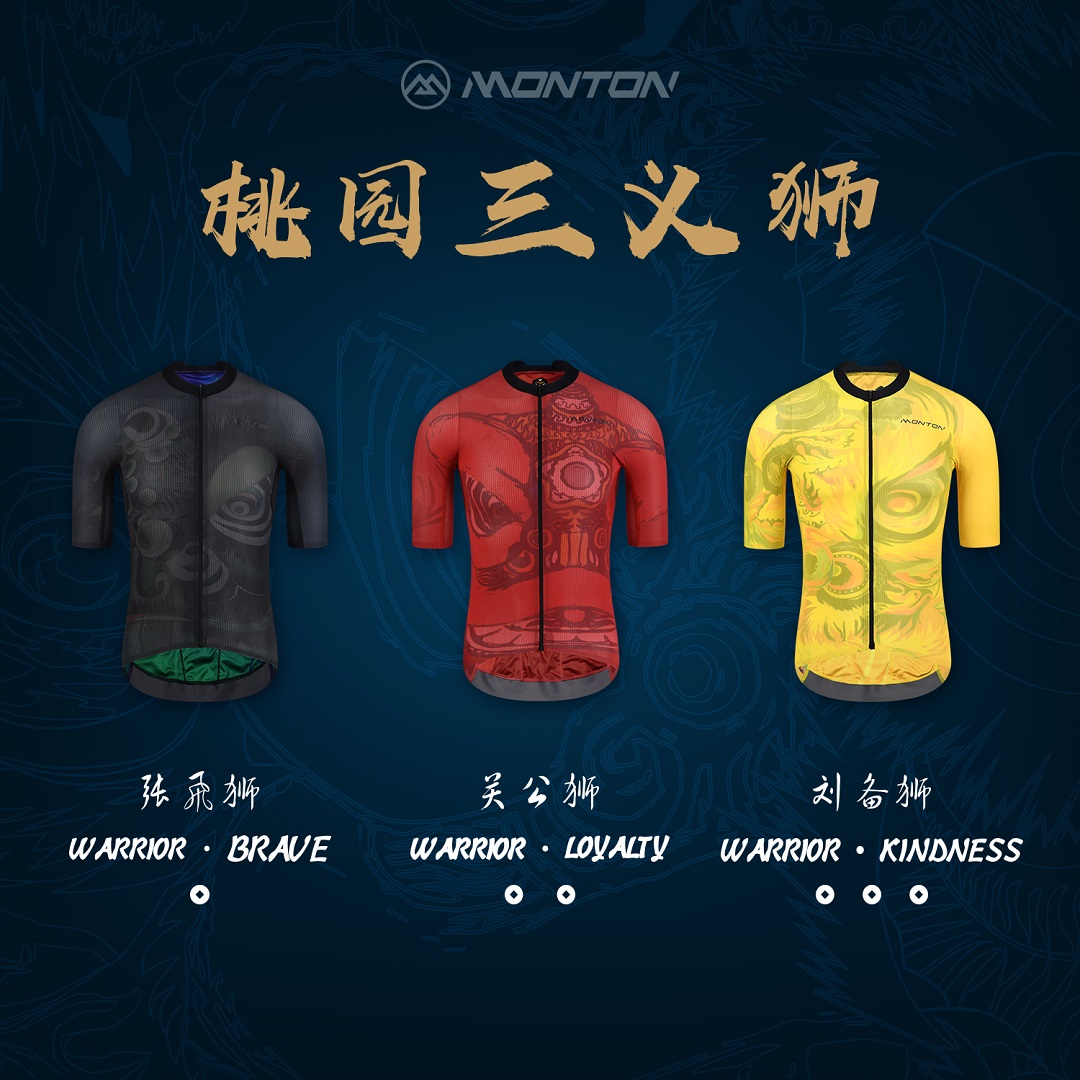 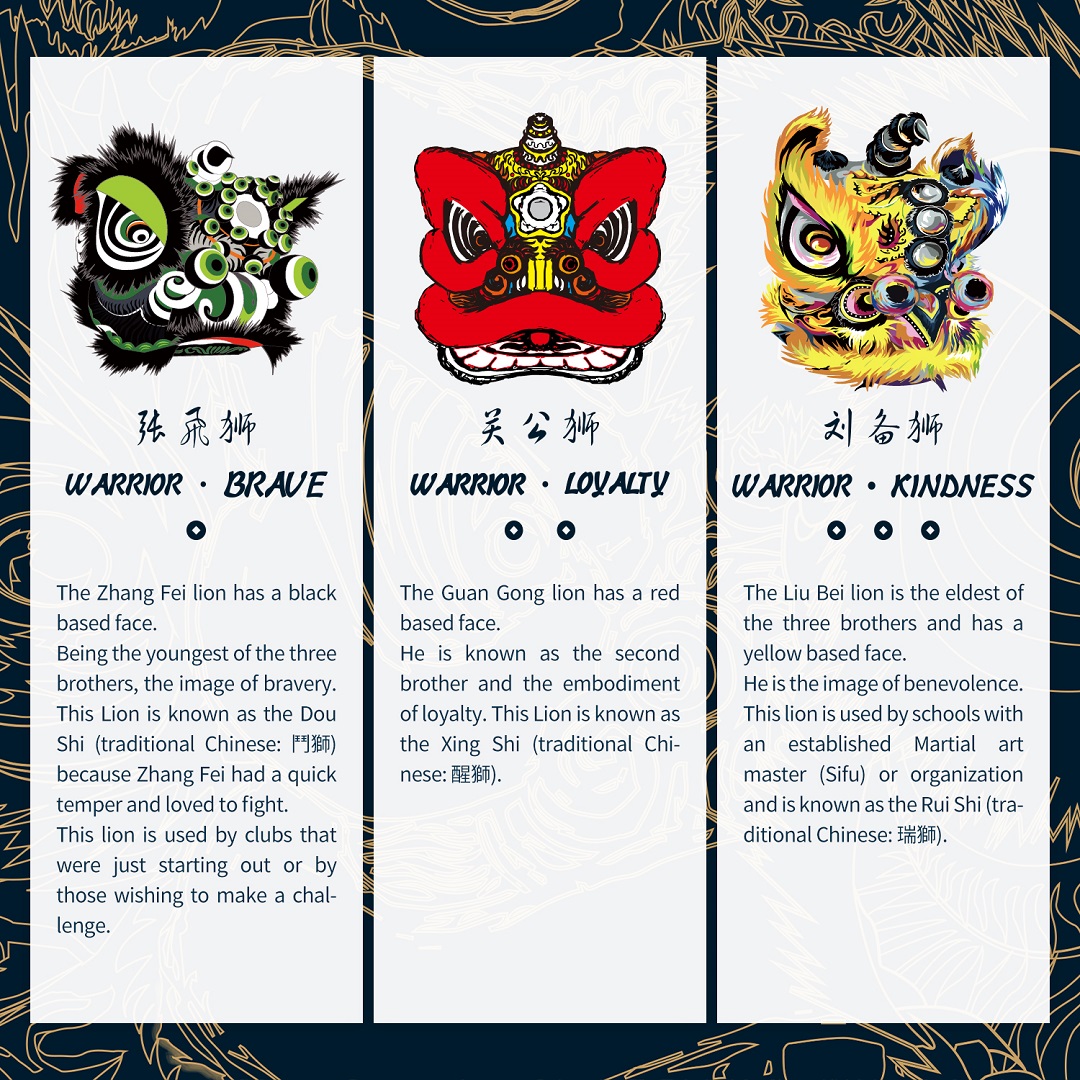